Dr. Caldwell's research specialty is late antiquity (AD 180–700), the pivotal historical period that witnessed the transformation of the Roman Empire into medieval Europe, the Byzantine Empire, and the Islamic Caliphate. His professional interests include ancient and medieval numismatics (the study of coinage), military history, and European law and legal history. He authored a chapter on "The Balkans" in the Oxford Handbook of Late Antiquity (2012) and a chapter on the Persian capture of the Roman emperor Valerian in the forthcoming Brill's Companion to Loss and Defeat in the Ancient World. His current book manuscript uses civil wars to explore the transformation of the later Roman Empire in the Danubian-Balkan region.

HIS 3122 Classical Greece and the Hellenistic World

HIS 3124 Fall of the Roman Republic

HIS 2312 Introduction to the Ancient Mediterranean World

Wayne D. Duncan Faculty Enrichment and Teaching Fellowship, in recognition of innovative and successful teaching in the General Education program. 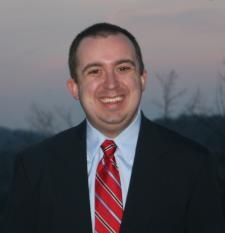