"I am interested in how society and culture shape and control the individual historically. Specifically, I study how law, family, sex, and the definition of gender in the past influenced people and their actions. Understanding these processes illuminates the connections between us and the greater experience of humanity across time and place. It is that real connection that exists between us and people of the past that I attempt to show my students."

Edward Behrend-Martínez studies and writes about everyday life in early modern Iberia. He is the author of Unfit for Marriage: Impotent Spouses on Trial in the Basque Region of Spain 1650-1750 (Reno: University of Nevada Press, 2007) and several articles on the law, the Church, sexuality, and gender in early modern Spain. He is currently researching and writing about domestic violence, the Spanish household, and the courts. Dr. Behrend-Martínez is Professor of History at Appalachian State University in Boone, North Carolina. He is also currently working on editing and contributing to the 1650-1800 volume of a collection titled A Cultural History of Marriage.

As a professor at Appalachian State University, Dr. Behrend-Martinez teaches graduate and undergraduate courses on the History of Marriage, Spain, the Inquisition, and early modern Europe. He has led four, short-term study abroad courses in Spain, Ireland, Northern Ireland, France, Belgium, Luxembourg, and Germany, each detailing the history of the World Wars and the effects of religious and ethnic conflict.

HIS 3137 Gender, Sex, and Sexuality in Early Modern Europe

HIS 3422 Women in European History

"Abortion, Illicit Sex, and Social Control in the Courts of Early Modern Spain" Perspectives on Early Modern Women in Iberia and the Americas: Studies in Law, Society, Art and Literature in Honor of Anne J. Cruz, New York: Escribana Books, 2015.

Unfit for Marriage: Impotent Spouses on Trial in the Basque Region of Spain, 1650-1750. Reno, Nevada: University of Nevada Press, 2007. 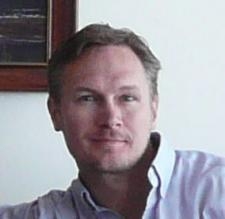