Dr. James Goff earned his M.Div. from Duke University and his Ph.D from the University of Arkansas in 1987. Dr. Goff primarily researches issues pertaining to the late-19th and early-20th century U.S. South, American Religious History, Holiness and the Pentecostal Movement, and 20th Century Popular Culture (particularly Country and Gospel Music).

When asked about why he teaches, Dr. Goff replied: "I teach because I enjoy sharing the past with others. I believe that everyone enjoys and appreciates history IF they can find the relevance. As history teachers, our challenge is to help students identify exactly where that relevance lies."

Southern Gospel Music Museum and Hall of Fame, constructed for the SGMA by 1220 Exhibits, Nashville, TN, opened April 1999 on the grounds of Dollywood in Pigeon Forge, TN.

Dr. Goff served as the sole historian for the project and was involved in all aspects of planning and creating the museum from beginning to end. Since the museum opened, he has remained as an advisor for annual changes to displays and content. 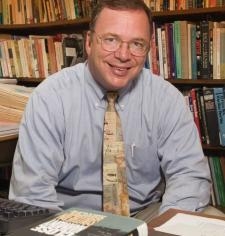