"I am interested in people and their motives—why they think and act the way they do. What makes someone a radical? Or a conservative? I focus on the nineteenth century because so much of what happened then has shaped the things we enjoy—and the things we complain about—today, especially in Great Britain."

Dr. Michael J. Turner completed his D.Phil. at Oxford. His research and teaching have focused on radicalism and other political movements in nineteenth-century Britain. His most recent book was a study of Bronterre O'Brien, the prominent Chartist. Dr. Turner is currently working on a project about British sympathy for the South during the American Civil War and Reconstruction.

Dr. Turner lives in Boone, North Carolina with his wife Catherine, their children, and Geordie the dog. Hobbies include reading, movies, rural hikes, and soccer. The Turners attend Alliance Bible Fellowship in Boone.

HIS 3540 Britain's "REEL" History: Monarchy and People on Film

HIS 5106 Victorian Britain: social and political discourse in the mid-19th century

HIS 5107 Research in British History

"Defending 'the principle of representation': Andrew Bisset, Victorian Ideas, and the History of the Struggle for Parliamentary Government in England," Journal of Victorian Culture, 20 (2015): 531-48.

"Liberty" and "Liberticide": The Role of America in Nineteenth-Century British Radicalism (Rowman & Littlefield, 2013).

Fellow of the Royal Historical Society; Member of the Institute of Historical Research, the Southern Conference on British Studies, and Phi Alpha Theta. 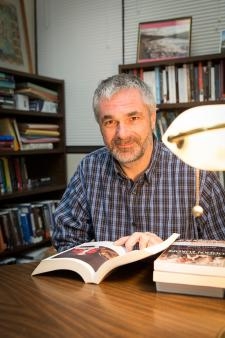